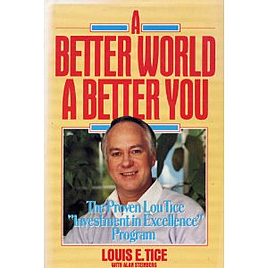 This past weekend I lost a mentor, a teacher and a friend when Lou Tice passed away. Lou Tice of the Pacific Institute had a gigantic impact on my life. If you know me and/or have worked with me, whether you knew it or not, some of what you saw and heard was because of Lou, and maybe even a little like Lou!

I had the good fortune to work for Lou for about ten years in the 1980s. There are hundreds of stories that I could share – out of context of time and place, some would make no sense other than they made a difference to me and who I am today. It was truly an honor to work with him and learn from him. Lou was the first person to explain to me about our self-talk. He explained it in such a way that I was able to change my self-image and let go of the negative thoughts that do no one any good. He pushed me to be a better version of myself by not allowing me to be mediocre, but instead to strive for extraordinary. He was the best teacher I have ever seen or experienced. I facilitated so many of his programs that I could actually mimic his actions and speech patterns, including some of his body movements. If you’ve had the pleasure of listening to and watching Lou you might remember how he used to hold his hand on his chin like Jack Benny – I do the same thing!

One day Lou called me to his office. I just knew I was going to be fired. It was a long walk and yes, I know how to manage my self-talk; but I just knew (or at least I thought I knew) this was bad. When I walked into his office he stood up and reached out to shake my hand welcoming me into his office. Well, if you’re going to get fired, a handshake is not the usual or appropriate greeting. Lou followed the handshake with a glowing and heartfelt appraisal of my performance thus far, and even added that he hadn’t been sure in the beginning that I’d make it. I was a little surprised at his initial doubts, but knew Lou wanted the best people working with and for him. Then he asked me to travel to London England as his guest. He was pushing me to expand my comfort zone. Again! Lou expected all of his people (co-workers, employees, even friends and family) to grow and continually reach new heights.

I walked out his office that day bumping my head on the ceiling! My self-esteem had grown to a whole new level. His belief in me empowered me to be the best version of myself. I tell this story often in my keynotes or classroom to illustrate the importance of leaders mentoring others to continually find ways to build your people up. My career has grown, and continues to grow, as a result of that one experience.

I am very thankful for the opportunity to have worked for and learned from Lou Tice for many, many reasons, not the least of which is my lovely wife Mary. I met Mary in one of the many “Investment in Excellence” programs I facilitated over the years. It was against company policy to date a customer, but when I introduced her to Lou, he just smiled.

I truly work each day of my life to raise the self-esteem of the human race and will continue to share what Lou has taught me. I am convinced each one of you will do the same as a result of the impact Lou Tice had, and will have, on you. 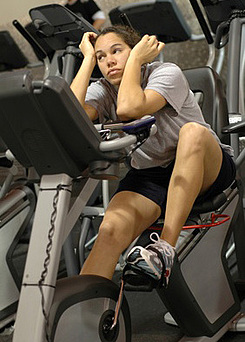 How to Make Your Goals a Reality TweetShareShare