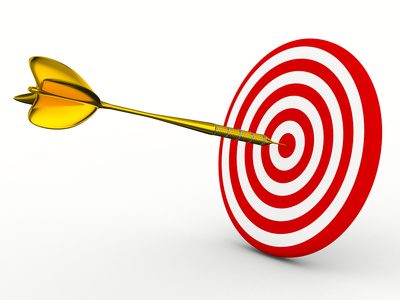 Today I had one of the best coaching calls ever! First, a little background… A client of mine had achieved success in his business. He had made enough money, and now it was time to retire. He sold his company with high hopes of moving on to greener pastures. That was a couple of years ago and the last I had heard from him – I figured he was out there, somewhere, living his dreams.

He called today sounding a little lost. In talking with him, we both discovered he was no longer doing the activities which had previously given meaning and purpose to his life. When he sold his company, he thought he was done and all would be fine. Little did he know his new life had only just begun…

My client had hit all of his targets to grow a successful business. And, in selling his business and stepping away from the business world, he successfully hit his final target. But, he didn’t set a target for what to do next. He committed one of the easiest and most critical goal-setting errors: He set his target up to the goal instead of through the goal. Consequently, he had effectively made it his goal to stop doing what gave him joy! He just didn’t know it at the time. But, he knew now that he wasn’t happy with his life. He was on a journey of whim.

Not only did my client forget to goal-set through the target, he forgot about all the things that made him happy – he forgot to do the things that give purpose to his life. My client is a man who genuinely loves to help people. His purpose (in addition to achieving business and financial success) had been to help recovering addicts, to help people out of life’s jams, and to help people live happy, healthy lives. This man loved to read out of the big book and think about life in a positive way. When moved on from his business, he forgot to bring his purpose along with him.

Here is what I told him:

I asked him: what do you need to do differently today to get different results? Then he gave me the best response and confirmation of understanding – he said “I am alive and well today; I just need to act like it.”