My sister called the other day and I could tell right away from her voice that something wasn’t right. After a few minutes of small talk, she asked: what if she’s not as smart as she thinks she is – and then she admitted to having made a couple of mistakes at work in the last week or so. I laughed and told her she’s made lots of mistakes in her life, why all the concern now! I swear to you the line went so quiet and cold, I could hear crickets in the background and my whole body chilled!

Remember the Electric Maze? (See my article about team building excercises dated August 19, 2010.) This is a simple yet valuable team-building tool I sometimes use in my seminars. This team exercise uses an ‘Electric Maze’ as a tool to teach employees about team dynamics — and understand the experience and value of risk-taking. Each team member must make their way across a carpet maze of squares under which there are hidden ‘beepers’. The contestants move one person at a time, one square at a time until they hit a beeping square. The challenge is to cross the maze from one square to another without setting off any beeping squares. Hit a beeping square and the contestant must start over. After a sometimes funny and sometimes frustrating hour or so, they all make it across and off the carpet. Amazing, huh? Not really.

You see, the brain is success-oriented. Take, for example, learning to walk. It doesn’t matter how many times a child falls down, he tries standing again and again until he gets it. Then he takes that first step, and falls again. It’s a wonder any of us ever learned to walk let alone run, jump, or any of the myriad amazing things we can do. Every single accomplishment we now call our own, started out with a risk of failure. Failure is only realized if you don’t get back up. We have the choice to learn and get up, or sit in failure. From the first time that baby stood on his own, his brain caught on to what works and what doesn’t. After the success of standing, his brain wanted to repeat the success, so he tried walking. Learning a skill is nothing more than repeating a successful memory.

Now, imagine an entire team of repeat winners! Every one of your team members is going to set off the beeping square at one time or another. Don’t panic, don’t throw in the towel, and don’t just sit there in your imaginary pile of failure. The beeping squares are bits of information. It’s your job to remind your employees or team members that, first and foremost, they are successful and that everything they learn from here on out is a part of that success. Information (combined with our past experience) is what allows us to move forward; success is what propels us. When you keep your eye on the prize of success (or as I like to refer to it: the donut), the learning curve doesn’t even seem that difficult.

By the way, I wouldn’t suggest laughing at your employees or team members when they have a “learning moment.” My sister and I share a unique and dear relationship that we’ve been working on since we were kids. You know those people who stand around the perimeter of the trampoline when someone is jumping or performing? Or how about the person who stands near someone on the balance beam or while lifting weights? That person is called a spotter. My sister and I spot each other and have for more than 40 years. That’s what you can do for your team members: spot for them. Let them know that even if they drop a sale or miss a deadline, it’s just information and you’ll be there as they learn their way to success. Do you see how their success makes you and your business successful? When any one member of the team wins, the entire team remembers that success – and that’s a powerful lesson!

n n Ask yourself this: Are you getting what you want in your life? Are you satisfied where you’re at or do you want more? Are you ready to challenge yourself in order to move forward on to something new and better? What are you so committed to in your present situation that you will… 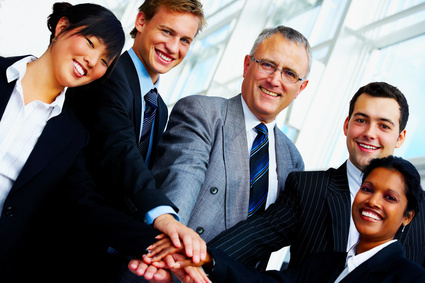 Of course there are many ways to improve your business, your relationships, and your life in general. I don’t purport to know them all; I don’t believe any one person can. However, there are a few things that I do I know for sure, including this: Each us can change our life and become a…